Don’t take this nutty holiday too seriously. Have fun and enjoy yourself. Then get back to writing.

PLEASE TAKE ANOTHER MINUTE AND LOOK ME UP ON SOCIAL MEDIA BY CLICKING ON THE LINKS BELOW.

AND STOP BY JEAN’S WRITING ANYTIME, I’LL LEAVE A LIGHT ON.

We never grow too old for romance.

Want proof? Just look at the romance genre. Sales continue to climb. I’m not talking just about erotica (smut novels per my daughter.)

Want to write a bestselling novel?

Add romance to the formula.

Whether you self-publish or traditional,  write mysteries, women’s fiction, dystopian, YA, LGBT fiction, horror, or thriller, add a little romance and you’ve got a bestseller on your hands.

Because everyone loves a good love story.

Still not convinced? Check out the top Amazon 100 ebooks or the NYT Best Seller list and see for yourself. Read some of the book blurbs, I bet you’ll see lots of references to love. Even one of the hottest new YA futuristic book, Ready Player One by Ernest Cline mentions a love connection.

Could your current work in progress use a little romance?

Have you given much thought to how hot the romance genre is?

That’s it for today. Short and sweet because I’ve got a big romantic evening to plan.

So go curl up with a good romantic movie or book and get your groove on.

Another writer’s take on romance. Let’s Talk About Romance –By Jaq D Hawkins

I HOPE YOU TAKE A MINUTE AND FOLLOW ME ON SOCIAL MEDIA, JUST CLICK ON THE BUTTONS BELOW. I’LL LEAVE A LIGHT ON.

Want a book you can finish before Monday?

It’s been a great summer and I managed to squeeze in a few good books. Nothing better than curling up on a screened porch and kicking back with a tall glass of iced tea and reading a fun book.

Unless it’s curling up in front of a roaring fire, and of course, with a good book.

So, if you’re looking for characters to fall in love with, click on these links. Because you will adore Samuel Collins and his neighbors as four-year-old melt away his grumpy demeanor.

Both books are standalone, but I can assure you that you won’t be able to stop after book one.

Plus, both are now available in Kindle Unlimited!

Click on the book image to read a preview. 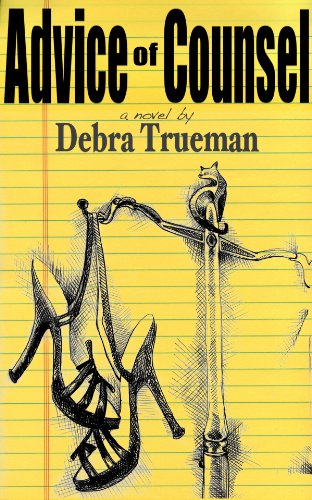 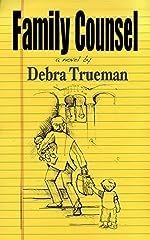 Do you have any great books to recommend?

Do you read more ebooks or do you prefer hard copies?

Please leave your recommendations in the comments. We all want to know.

Also, if you can please stop by my other locations and say “hey!” I’ll leave a light on.

OR CLICK THE “WRITE ME” TAB AND SEND ME AN EMAIL.

It seems that way.

I haven’t slept much this week. Each night I’ve tossed and turned watching the clock as my mind raced. Often pain and discomfort that keep me awake but the last few nights this was not the case. No, the events of the past week rushed at my thoughts like a swarm of bees evicted from their hive.

This is a writing blog. But, is there anything more important to write about than what is happening around us?

In times of crisis as well as celebration, it is the arts that express our humanity.

Painters put images on canvas, singers raise their voices in song, photographers capture the moment, and writers write. We write in newspapers, books and now the internet. We write to preserve, share, and inform.

Today I’m sharing. A memory that has stayed with me more so than any other from my young childhood.

It happened one afternoon.

I don’t recall why or where we were going, but I remember walking along downtown with Mama and my little sisters. Dressed in matching outfits, we marched beside Mama like three little ducklings.

Whether we were going to the post office or drug store, I can’t remember but what stands out in my memory is not where we were headed but what happened along a short stretch of sidewalk on Main Street.

As an elderly black man walked toward us, Mama shooed us over to the side to allow him to pass. But instead, he stepped off of the sidewalk, and without making eye contact, tipped his hat in our direction as he continued down the street.

My younger sister wanted to know why he was walking in the street, after all, we’d moved over like Mama said to. Me, being the all-knowing big sister proceeded to share the ways of the world. My explanation went something along the lines of, “Well, he had to go ’round because we’re white and he’s a Ni…”

In the midst of my narration, Mama’s hand latched onto my arm, twirled me around like a top, and leaned down to my eye level. I watched in horror as her big, brown eyes narrowed and her mouth became a thin, red line. In a voice so low only we three could hear she…

Now let me stop here a minute and explain something. My mama was a screamer. Slam the front door and neighbors two houses down would know of your transgression. So, when Mama lowered her voice because we were in public, it was time to be afraid. Be very afraid.

In no uncertain terms, Mama informed me that elderly gentleman had as much right to walk on the sidewalk as we did, that I was no better than him or anyone else in town, and the proper word was Negro. (This was in the 50’s.) She finished with, “Understood.”

We knew better than to echo anything other than, “Yes, ma’am.” No one wanted to be on the receiving end of a switch when we got home.

Why am I sharing this small memory?

Because that short exchange on Main Street in a small South Carolina town planted a seed in a child’s heart that grew and formed my thoughts throughout my life. And although Mama and I rarely agreed on little if anything, on this we remained in agreement until the day she died. That all of us are created equal. We all put on our pants one leg at a time. Money, fame, or knowledge doesn’t change that.

This post isn’t about political affiliation. This is about decency and respect. When we lose the ability to treat each other with compassion and respect, we run the risk of losing our humanity.

As a nation, we’ve traveled this road too many times. This week President Trump and our leaders failed once again, to stand up for what is right and good. But, their reactions and their words should NOT keep us silent.

It is time to speak out for what is right. It’s time to have “the talk” with your kids and plant a few seeds of tolerance. They will remember.

Read more from K.D. Dowdall-  Do We Have the Moral Fortitude to Stand Up?

These are my thoughts.